“ I spent many years studying and translating Sanskrit, and became fascinated by its apparent impact on mind and memory. In India’s ancient learning methods textual memorization is standard: traditional scholars, or pandits, master many different types of Sanskrit poetry and prose texts; and the tradition holds that exactly memorizing and reciting the ancient words and phrases, known as mantras, enhances both memory and thinking.

I had also noticed that the more Sanskrit I studied and translated, the better my verbal memory seemed to become. Fellow students and teachers often remarked on my ability to exactly repeat lecturers’ own sentences when asking them questions in class. Other translators of Sanskrit told me of similar cognitive shifts. So I was curious: was there actually a language-specific “Sanskrit effect” as claimed by the tradition?”

Engineering, and it’s use of the physical sciences, is grueling. However, I think humans err in when they attempt to equate planning an “economy” to the physical sciences. An economy comprises humans—all of its participants have varied values, and unique objectives. Attempting to plan out an economy, while using technical tools, can lead to some erroneous outcomes. This does mean to imply the technical tools are not needed in the world of economics, as they are extremely helpful in providing some insight into human behavior. However, the user must understand the limitations.

“Over the years, I have often heard “rocket science” used to describe the hardest things to do. But as an economics professor, I recognize that the questions of social coordination economics addresses are in many ways much more complex and difficult, especially when it comes to controlling results.“

As you read this article, pay close attention on who controls the factors of production for this oil company. Perhaps it’s the primary reason for the Financial issues?

The introduction reads as follows:

“Emilio Lozoya, former CEO of state oil company Pemex who went on the run last May after being accused of serious financial irregularities during his tenure, was arrested in an upscale suburb of the Southern Spanish port city of Malaga on Wednesday. Lozoya is accused of taking part in an elaborate scheme designed to systematically “plunder” Mexico’s finances, according to the country’s Attorney General Alejandro Gertz Manero.”

An excellent read, that gives a perspective regarding the T-Mobile/Sprint merger that took place last week. The read is extensive, however, it is well worth the time to slog through. The introduction to the article starts as follows:

“On Monday evening, around 6:00 PM Eastern Standard Time, news leaked that the United States District Court for the Southern District of New York had decided to allow the T-Mobile/Sprint merger to go through, giving the companies a victory over a group of state attorneys general trying to block the deal.” 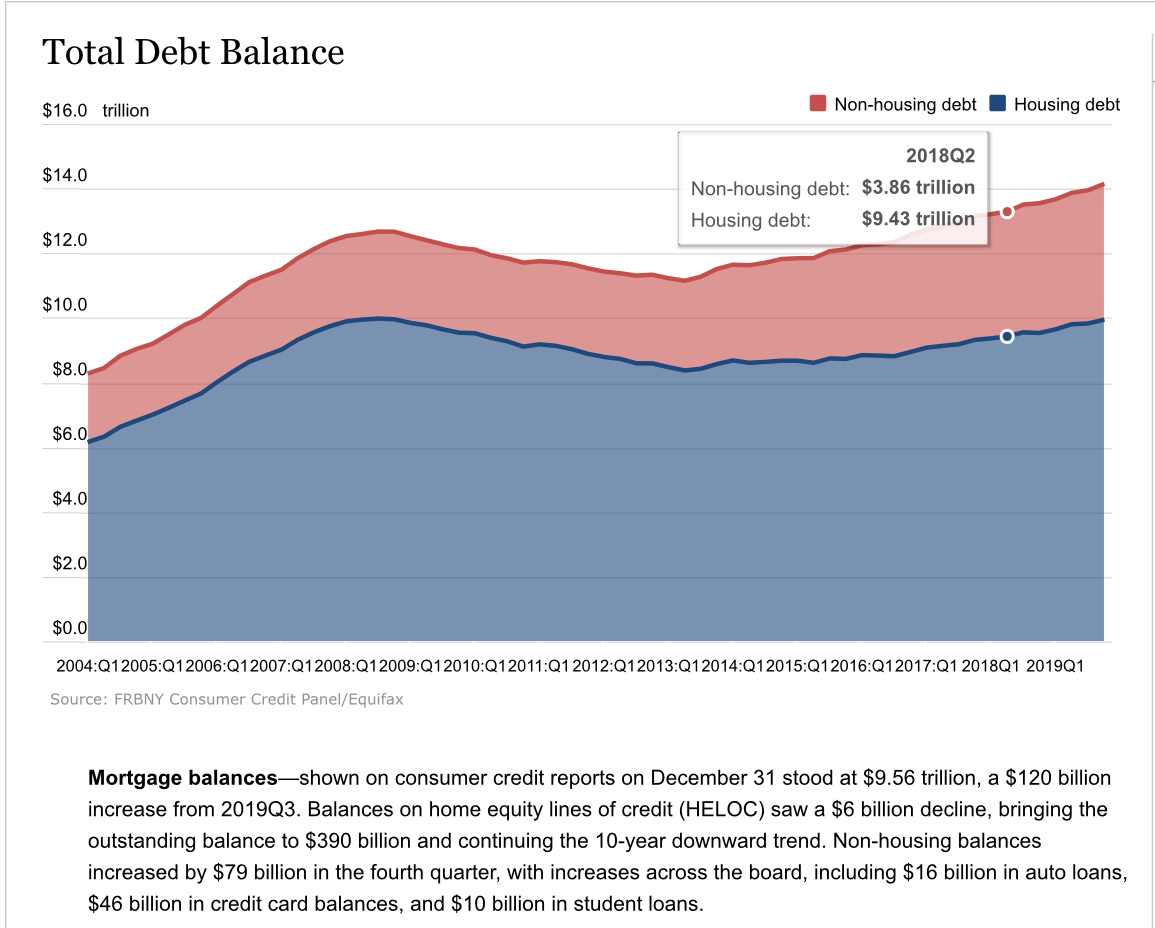 The one of findings that makes for a strong concern is the number of mortgage originations. It’s difficult to take that figure and draw conclusions regarding the real estate market, but this number does create the need to take a sharp eye at the real estate market.
The overall household debt rising, in my opinion, shows that many households are attempting to maintain a standard of living in this hyper consumption Inflationary based economy.

Strictly speaking, the Fed does set the interest rates, but, from an economic perspective, it does not know what the true interest rate is. It’s impossible to know, yet many assume that the Fed does know this rate. Attempting to set the interest rate is a form of price control, as spawning from this attempt provides a chain of economic events…these events are costly. For example, keeping interest rates too low, allegedly is supposed spawn economic growth, but the trade off cost for this price fixing measure is more inflation. Inflation devalues the monetary base—requiring the consumers to use more monetary units to buy the same goods.

Excerpt from the article:

“Last week, the Federal Reserve did what was expected by leaving their targetfor the fed funds rate unchanged. To the point that a misplaced adverb can cause a mini market selloff, investors meticulously dissect Federal Open Market Committee minutes and hang on Fed Chair Jerome Powell’s every word for language that provides insight into where the Fed may take interest rates. It’s a near universal axiom that the Fed sets interest rates, and we’re all just along for the ride.

How much control does it really have, though?”

An excellent write up on Kobe Bryant’s development into “The Black Mamba”, and how he developed and applied the philosophy of “The Mamba Mentality” in his life. This philosophy inspired others to implement in their lives. Read more here:

After one graduates from college, on average, the new graduate has accumulated approximately $30,000 in debt…upon completion of undergrad. At this point, he begins to pay down his student loans. A thought experiment: What would happen if the student could pay towards his investments with those funds used to deal with the student loan debt?
Read more here:

An excerpt from the article, titled, “The State of the American Debt Slaves, Q4 2019“:

Consumer debt – student loans, auto loans, and revolving credit such as credit cards and personal loans but excluding housing-related debts such as mortgages and HELOCs – jumped by $187 billion in the fourth quarter 2019, compared to a year earlier, or by 4.7%, to a record $4.2 trillion, according to Federal Reserve data released Friday afternoon:

The concept of debt is amoral. Too many financial experts place a “bad” vs “good” label on financial products.(I will explore that in another blog). Debt can be used as leverage to obtain assets needed for a variety of reasons. In real estate, debt is used to acquire income producing property. Is debt “bad” in that instance? If one is not a real estate investor, let’s take the worker earning $50,000 per year. And they live in an area where public transit isn’t a viable option; is buying a car via a loan a “bad” thing?

The deeper issue isn’t if debt is “bad” or “good”, but more about why more and more debt is being used to acquire things. One of the reasons, in my estimation, is inflation. Albeit it’s not the only variable, but it plays a large part in this scenario. As the monetary base is expanded, the value of the currency declines, giving the illusion that prices of goods are rising. The amount of currency units to purchase that good has increased due to the declining value of the currency. Based upon this activity, consumers must work more jobs, and acquire more and more consumer debt to maintain a lifestyle.