The ‘Natural Interest Rate’ Is Always Positive and Cannot Be Negative:

The notion of a negative interest rate is against nature. The concept of interest rate is based on the human action of choice and preference, as the actor moves in space and time. For example, we choose things based on the preference of things that will provide us some sort of “pleasure”. If a person chooses item (x) before item (z), this means that in that moment in time, item (x) is preferred over item (z).  This process happens in space and in time. Time has passed forward, as the actor moves from item (x) to item (z). The definition of the natural rate of interest is the price ratio of goods at two different points in time. Based on this definition, and the notion of time, and space, the natural rate of interest can not be negative. Also, we can not go backwards in time based on our actions. This notion makes the concept of negative interest rates fallacious. 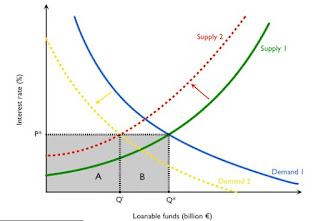